An illustrator/designer by trade, Duke has worked in the tactical and firearms industry since 2007. Even as a seminary graduate, he found his life began to be weighed down more and more with depression and addiction that he couldn’t seem to get away from.

Hitting rock bottom, God showed Duke he needed to make an ‘All-In, All-The-Time’ decision to God’s way of life. Having realized this was the piece he was missing, Duke was also immediately aware of this critical fact: he needed to get to know God as his Best Friend.

Duke dove in to training, following God’s instruction, learning the ABC’S of ‘Being Best Friends With God’.

While continuing to work in the industry, attend training classes and staying connected with people in the industry, he founded a church in 2013, along with his wife of 17 years. He has been able to help many others be introduced to and learn about this simple but results-rich lifestyle. These same ABC principles still fuel everything he does, and drives his excitement to introduce others to being best friends with God.

It’s these same principles that MISIFIT TOY SOCIETY is founded upon.

Over 10 years ago, on an internet forum for Gear, Weapons, Mindset & Training TTP’s discussion that Duke belonged to, one of our close friends nicknamed Duke ‘Shepherd of The Island of Misfit Toys’.

What does that even mean?

It means that those who don’t feel like they belong anywhere, don’t relate to religious cultures, or feel disconnected from a church entity -that don’t fit in, i.e., “a misfit” , have someone to be there for them.

The word ‘foreign’ means “strange, unfamiliar” and comes from the Latin word meaning, “outside”.

For years, we have known that many of our friends view mainstream church culture feeling like outsiders, strangers and foreigners. They just don’t relate. Men and women of action and service many times do not find themselves able to relate to those who can not grasp that risk of life and violence of action is an everyday part of their vocation and calling.

God told us to start MTS, with the purpose of it being a platform for God being able to connect to people, and people to be able to connect with Him. The content we provide is delivered simply, in a way that is relatable and easy to be understood. Why make things hard and unnecessarily complicated? God’s things are supposed to be simple, easy to be acted on, and produce great results.

We desire you to feel like every word, discussion, and item of content is “speaking your language”. You’re not an outsider here; this is a church for your culture and in your own language, and it is all for you.

The mission of Misfit Toy Society is plain: To provide immediate and consistent spiritual input and support. 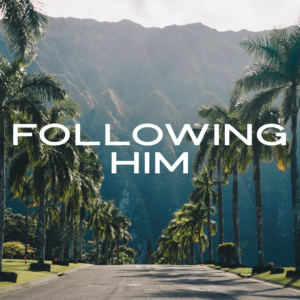